New Single Release: Where We Are Now

The Stumbles video "Get Up"!

We are excited to announce the release of our first official video for the song "Get Up". Produced and directed by Dominic Bonuccelli!

Thank you so much to Arielle Pagac-Alelunas at Artifact Video Productions for creating this awesome video!

THE EP "24" by THE STUMBLES HAS LAUNCHED 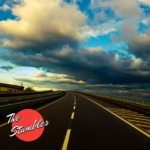 We are proud to announce the release of our latest 5-song EP titled "24". Now available on Apple Music, Spotify, Pandora, Amazon, YouTube and more!

LISTEN ON YOUR FAVORITE PLATFORM

The Stumbles are an Arizona based Rock band with an enigmatic history. The personal, professional, spiritual and the musical threads that connect the four members of this band have inspired them to write dozens of original songs since the '90's.

The Stumbles are: Mark Moffatt - vocals and guitar, Ron Walker - vocals, keys and guitar, Brent Payne - vocals, drums and percussion, Matt Sadler - Bass ...but it’s slightly more complex than that. Ron, Matt and Mark have been at the core since 1993 but it wasn’t a contiguous existence, but one that sent Ron, Matt and Mark on separate musical journeys throughout the years only to be surprisingly reunited in 2018.

During the 90’s, The Stumbles were blessed to have played and recorded a few records with a couple of great drummers in Arizona rock history, Scott Hessel of the Gin Blossoms and Dusty Denham, drummer of the Refreshments. So moving forward, an amazing drummer was an absolute necessity. Enter the multi-talented drummer and vocalist Brent Payne. Brent became the perfect piece to the slightly incomplete puzzle that has been the Stumbles. Now the puzzle is complete.

The band's sound is unique. The focus musically is on creating infectious vocal harmonies over deep pocket grooves spiced with chiming acoustic guitars and rich keyboardy goodness. Current band comparisons run the gamut of The Revivalists, Nathaniel Rateliff, Chris Stapleton, Train, Weezer, to name a few. A range of influences of Rock, Pop, Motown, 60's & 70's Music (Beatles, Beach Boys) can be heard scattered throughout the tracks of the current EP. But, ultimately, who does the band sound like? The Stumbles.

Who they are today: a passionate and eager-to-play Stumbles Band, hungry to write songs and share a love of living right here and right now through music. Live performances as well as their EP speak to the new energy and contagious passion these four musicians have found in and with each other and their fans.